THE SYMBOL OF QUALITY since 1977

The Royal Coachman, especially as a dry fly, is the most famous fly in the world. For this reason I chose the name as the trademark of the company I registered in 1977.

While talking about flies everybody could remember the name of my company.

In 1980, aged 38, I opened a shop in the middle of Stockholm City. Situated only 200 meters from one of the many waterways that Stockholm is built upon, it allowed potential customers the opportunity to test a rod before they decided to buy it.

Through the years, Royal Coachman introduced many well known brands from the world of flyfishing. Powel, Winston, Fenwick, Graphite USA, Fisher, Bruce & Walker, Pandion, Bogdan, Renzetti, just to name some of them. 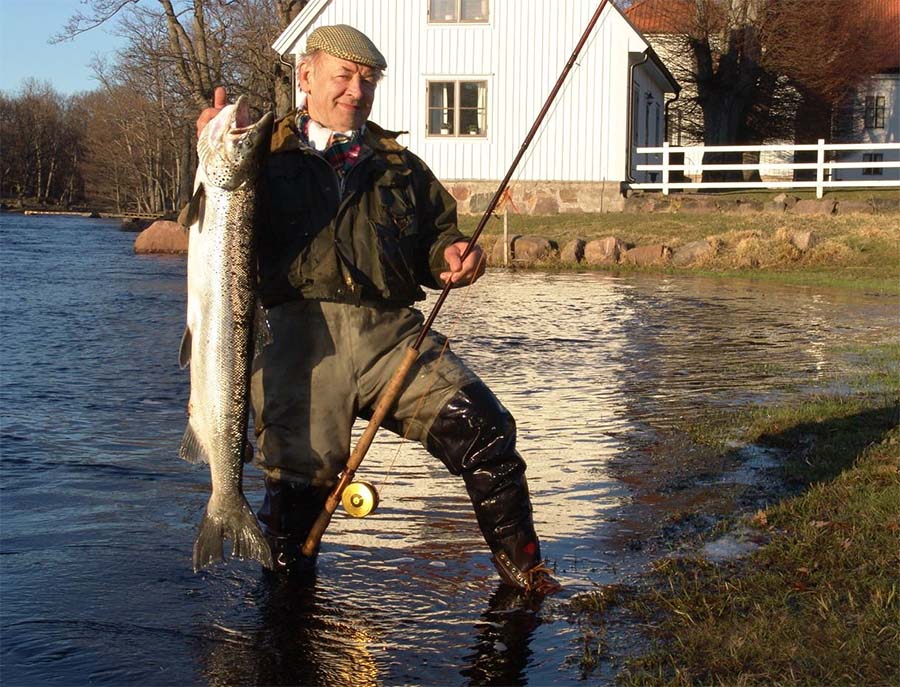 Royal Coachman even designed hooks for tube flies and regular salmon hooks which went on to be copied by others.

The innovative spirit continued during years and as a result is a trade mark Fladeeq®, what means: Flexible Advanced Education Equipment, which content three different units to help any person develop how to handle with success one or two-handed fly rod and keep his muscles in trim during winter time or when he is not using so often his rods. There is even Patented in Sweden, equipment to help learn coordination between rod hand ad line hand when trying double haul.

In 1993 I received from the largest American fly fishing organization, Federation of Fly Fishers, two certificates as an Outstanding fly casting instructor.

In November 1997 because of changes in the fly fishing market, the commercial base was sold and shop terminated to exist but not the company.

Royal Coachman will continue to be active on the Internet through this web site and all new and old customers are welcome to visit it for any reason they wish.

All constructive views will be very welcome and rewarded.